I had the most wonderful experience exploring Hyderabad today! I went to visit one of India’s most recognizable monuments, a mosque called Charminar. The name comes from combining the Urdu words Chār and Minar’, which translates to “Four Towers,” referencing the monument’s four ornate minarets. This structure is the icon of Hyderabad and is visited by thousands of people every day.

Charminar is the first tourist destination I’ve visited in India and I’ve learned something: tourists and locals do not pay the same rate, not by a long shot. The local rate is 25INR, while I paid 500INR! This is less than $8USD, which is a fine amount of money to pay, but wow, what a surcharge! The one benefit to paying extra is that I also got to skip the 200-person deep line and walk straight in (though feeling at least moderately guilty about skipping).

The substantial structure is adorned with intricate carvings and perfectly symmetrical Construction. However, there is hardly a spot in the whole interior which has not been graffitied with permanent etchings of people’s names and other marks. Years of paan being spit on the floor has stained the stone and there is a lingering scent which might be related. Despite that, the structure is magnificent, but in need of restoration.

The views from atop Charminar are great. The way that traffic flows around the site like water around a stone is mesmerizing to watch. The busy streets below are lined with shops and street vendors, painting a very colorful landscape which includes the nearby Mecca Masjid, one of India’s oldest mosques. While taking in the view, I was constantly asked to pose in photos with other visitors to the site. being a foreigner in this part of the world made me feel like a celebrity, for better or worse. Though there was a huge language barrier with all the people I encountered, the positive energy and wishes of goodwill were universally understood.

Today was a great day! 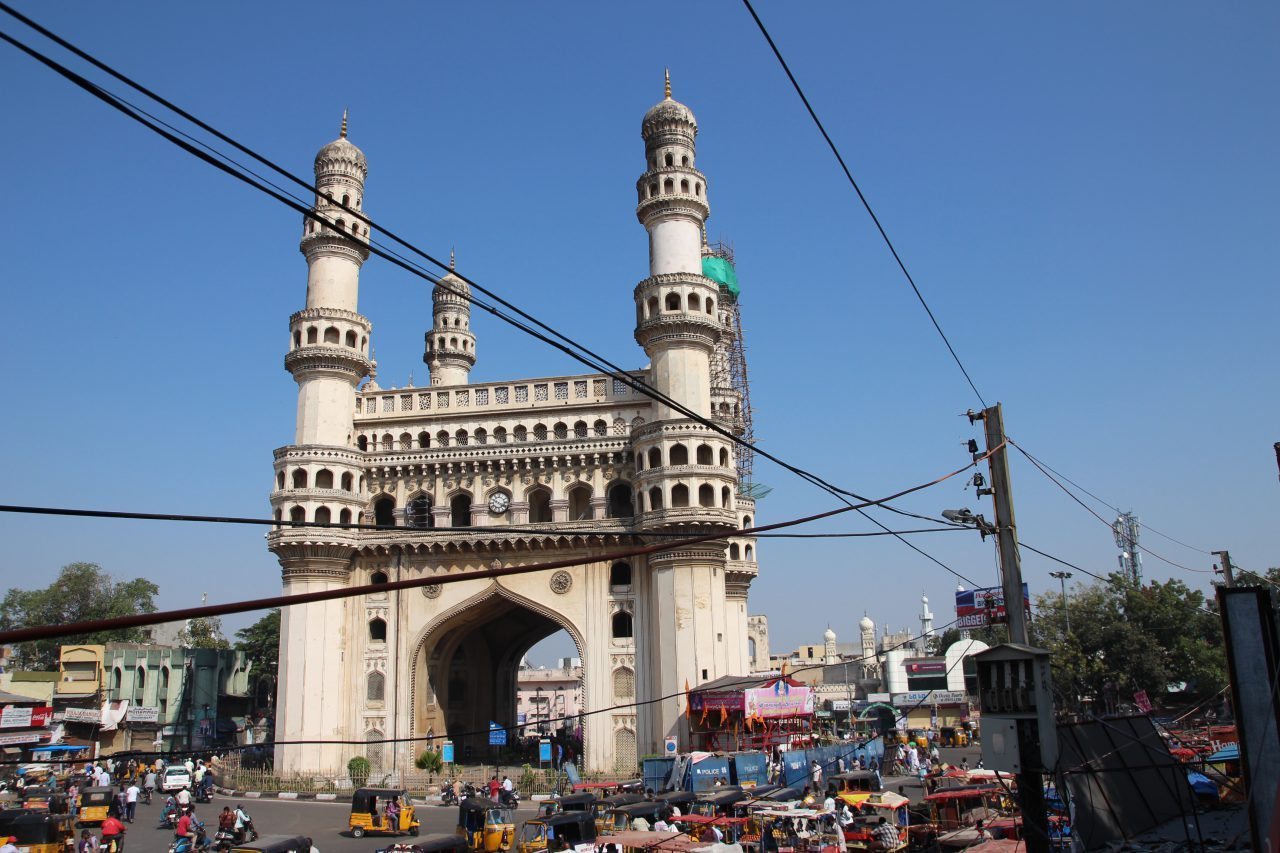 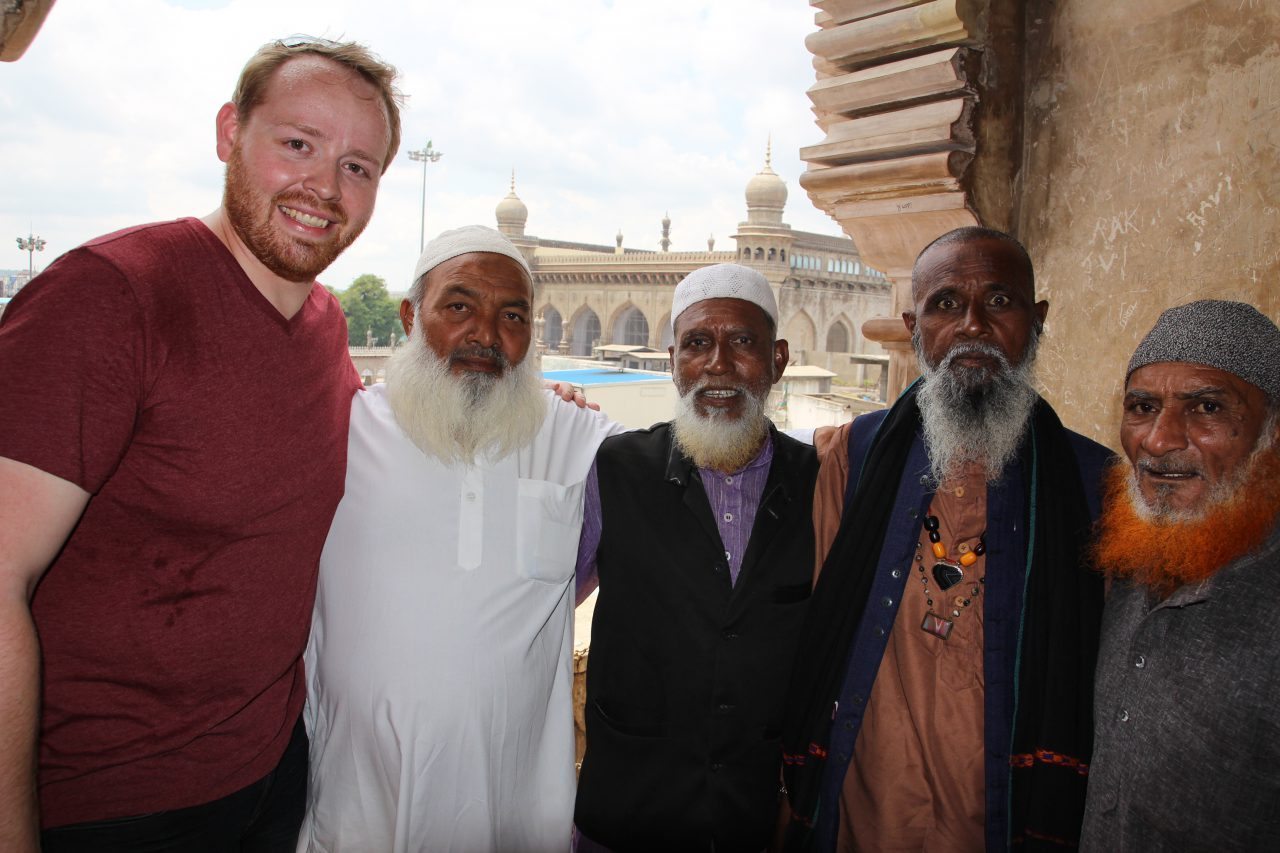 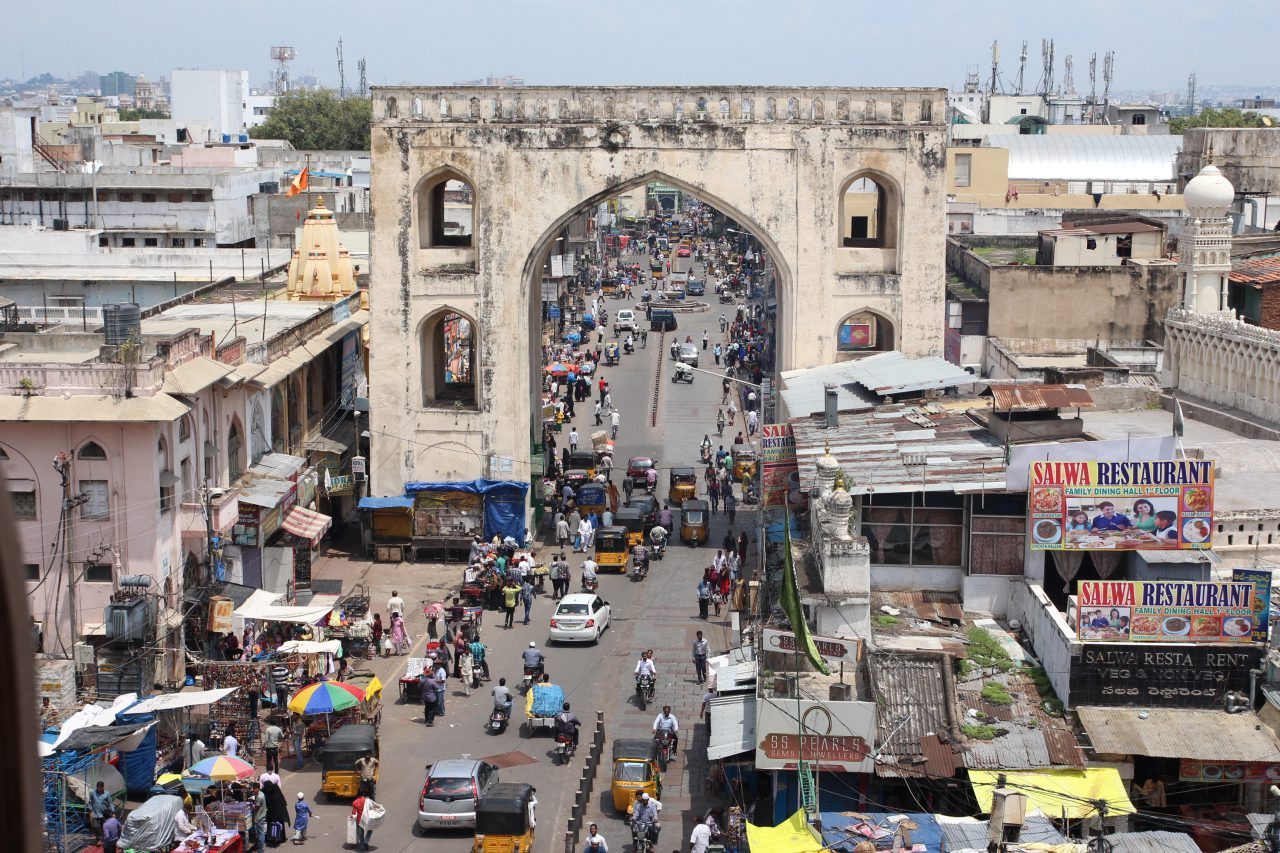 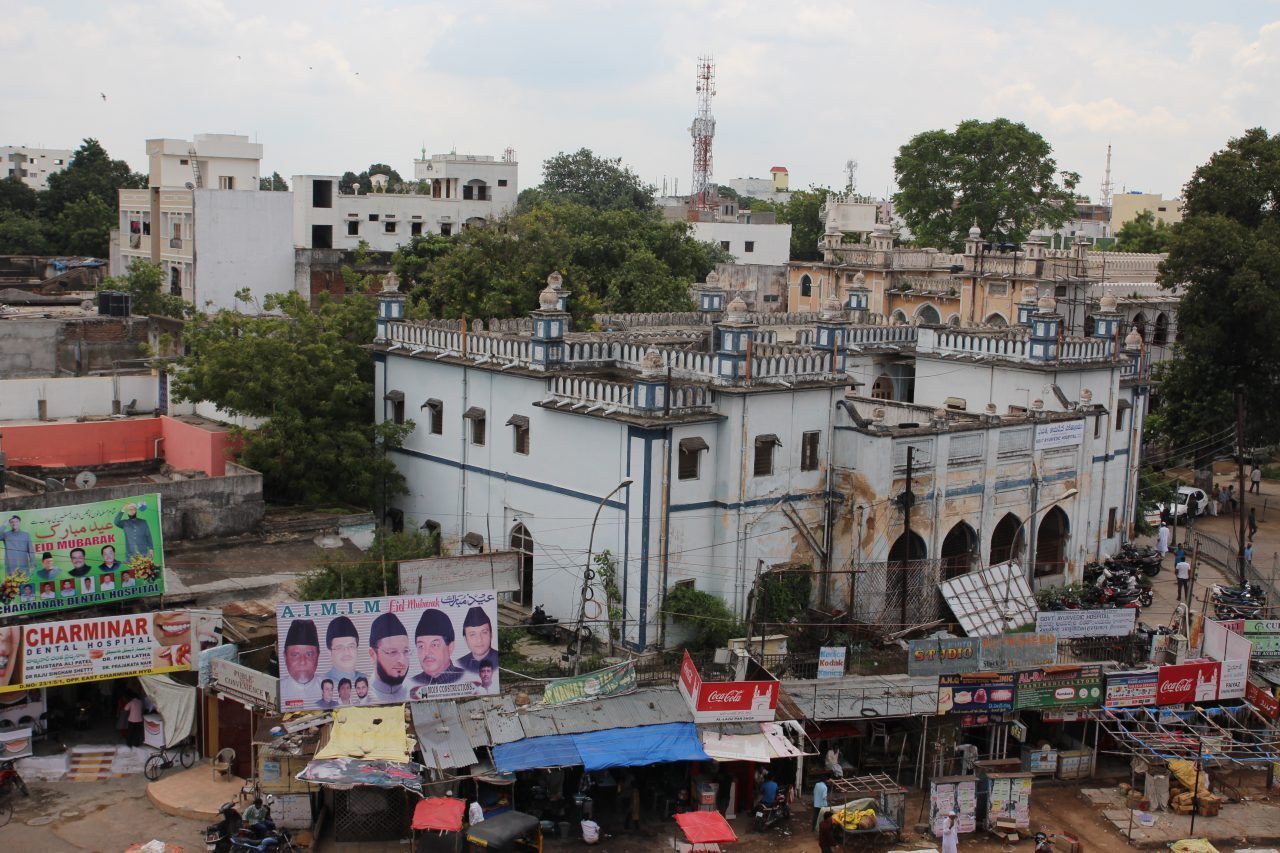 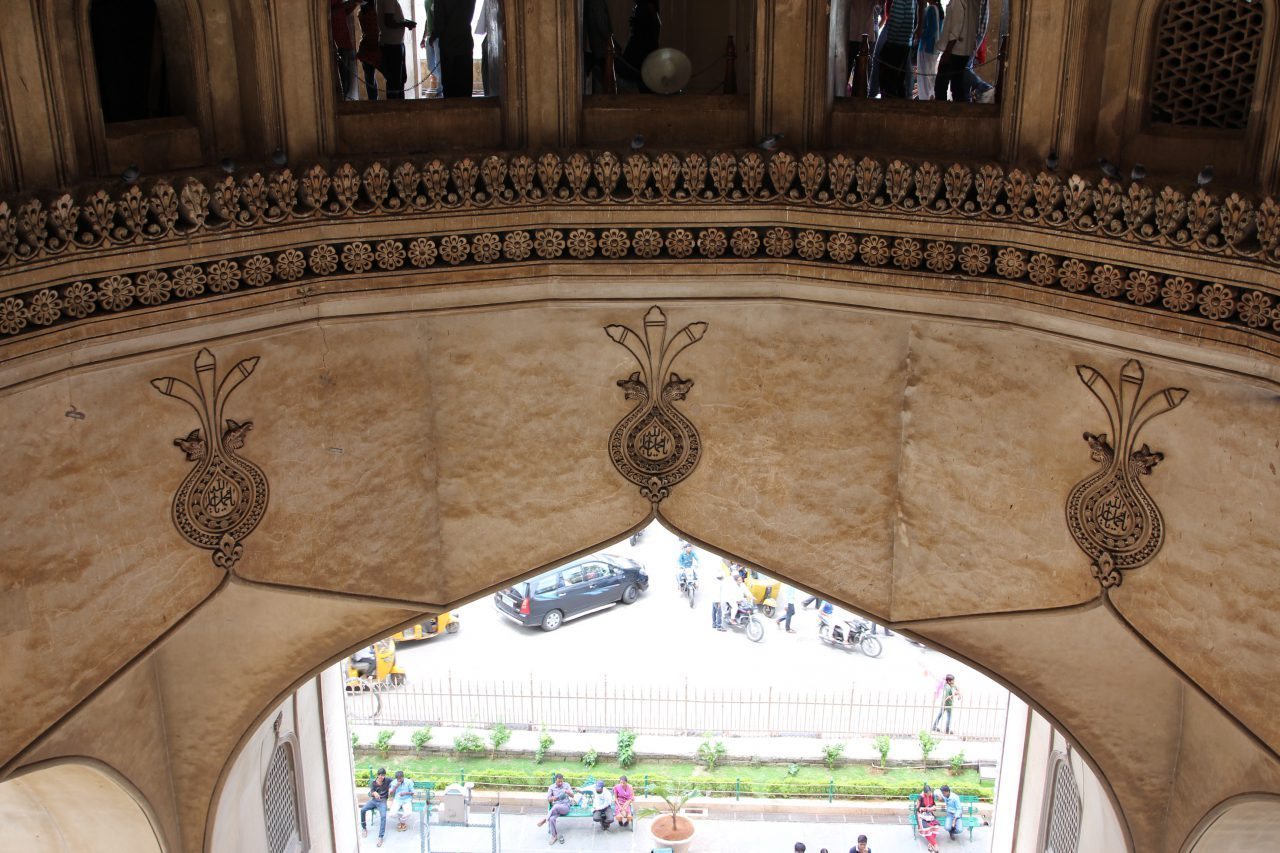 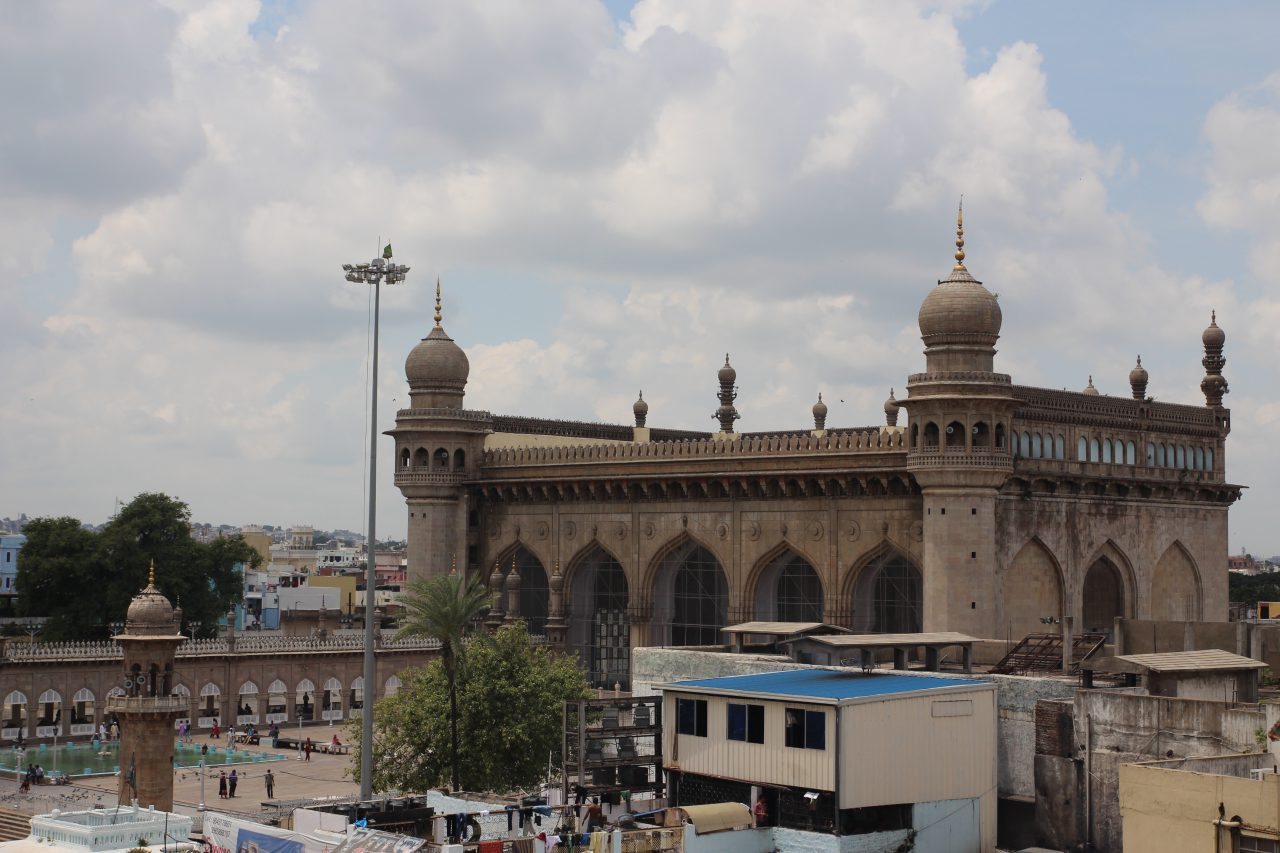