Yesterday was the 20th anniversary of the Kyrgyz Republic’s independence from the USSR. To mark the occasion there was a parade downtown in front of the White House (The State of Talas’s government building) in the morning followed by widely-held house parties, demonstrations of the national horse games and fireworks in the evening.

The horse games were by far the most interesting thing I have seen in country. Essentially it is a game of Polo but instead of sticks, players used their hands, and instead of a ball, the object of attention is a headless sheep carcass. The manner in which the game is performed resembles more closely demolition derby than any other sport Westerners might be familiar with.

I caught about the last hour of the game which would be longer than my attention span could handle most sporting events, but this was different. This was really a sight to see! In just this hour only 4 points were made (a snails-pace faster than soccer) but in hockey-style, 2 players got taken off the field by an ambulance after getting trampled by horses. Like in most sports, this seemed to be the favorite part of the game by the spectators.

Here are some photos: 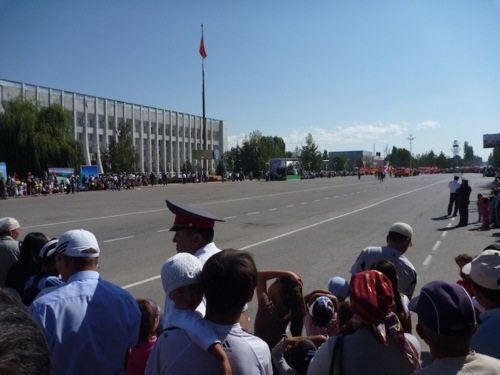 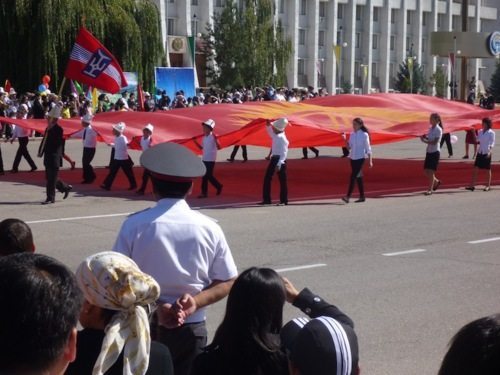 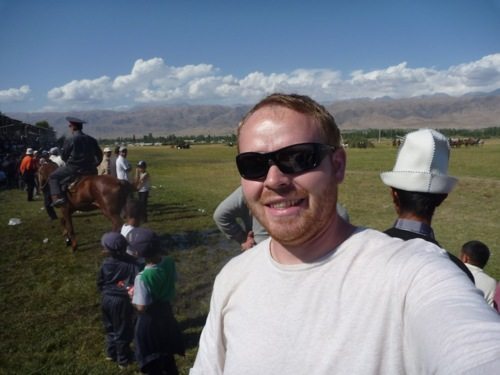 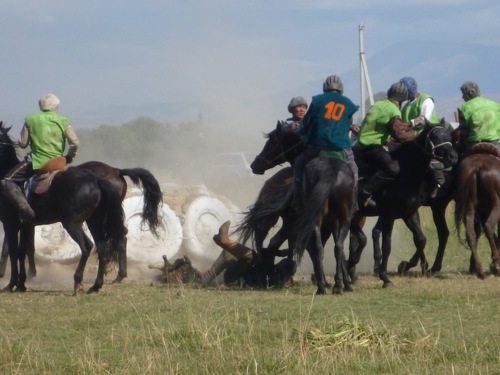 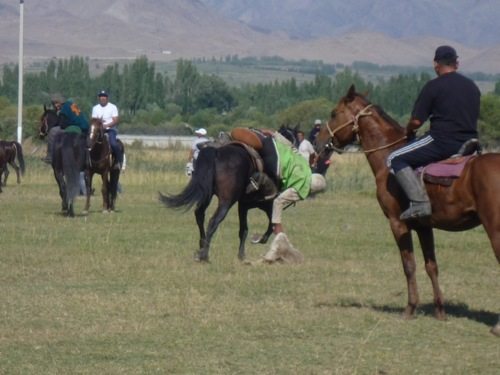 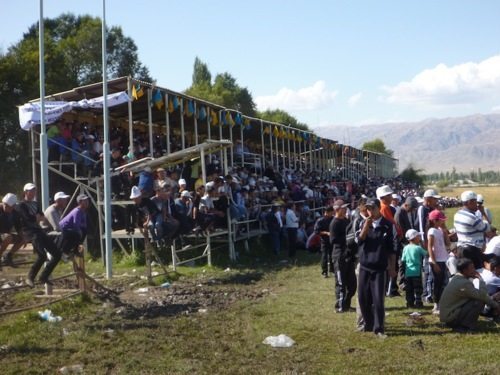 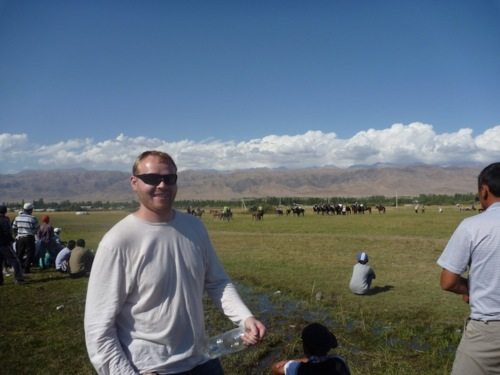 Today, September 1st, is the annual “First Bell” (first day of school) and so now life is going to change considerably for me, even though I have nothing to do with schools. For the summer all of the teacher PCVs have been on vacation. Sure they have participated in some camps and maybe a few clubs, but many have mostly been available to hang out with at any moment that they weren’t off traveling the country. I also live with 4 school-aged kids that won’t be hanging around the house all day, and when they are I imagine they will have homework. Also I walk by a university on my way to work. It has been an empty building most days but now it will be full of life with smart young people.

All in all I am excited for school to be in session. I don’t yet know all of what that means to me, but I will soon enough.

We are not having extreme weather here by any measure but it is extreme enough for me. I try not to whine too much about it. After all, I was raised in ice storms and cold weather really should be something I can adapt too. Lord knows I have the right cold weather gear. Unfortunately, it is September 1st and I am wearing some of that cold weather gear already.

It’s not the weather of the day that frightens me, it’s the idea that it is this early and I am already freezing. I am wearing my thick wool socks, thick sweatpants, my Under Armor cold weather layer top and a jacket right now. And I am sitting in my house away from the elements. It’s going to be rough. But there is (obviously) no way that I am coming home early on account of the weather. If it is so unbearable then maybe there is a warmer part of the country or a consideration to move into the center of town near my work so I am not walking so far in the cold every day. Either way, I will get through it.

Work has slowed down, but that is ok. I have been really hitting the books on the Russian and though I am a long way from being where I want to be, I am making major strides in the right direction. Of course I am still going to practice on my Kyrgyz, but I have 2 years to do it all in and the Russian is just the priority. It is the universal language here, it is the language of the media, politics and business, and above all I see in the volunteers that have been here longer than me that tried Kyrgyz and just gave up on it because the knowledge of Kyrgyz was not helping them here (or in future endeavors). They have either given up on the advancement of any local language or are trying to study Russian. Certainly I don’t intend to allow myself to get into that situation.

I feel blessed every day to be here and to be in the Peace Corps. I am excited to be serving humanity and my country in this capacity. I am 6-months in and still trying to figure it all out and the future looks as bright as ever!