Pushkar - A Camel Safari In The Heart of Rajasthan India

An overnight camel safari in Pushkar with desert nomads led to the best meal of my life and a new appreciation for the love life of a camel named Romeo.

The Town of Pushkar

In the heart of Rajasthan is a small town called Pushkar. To get to Pushkar, we took a train from Jaipur to Ajmer, then walked two miles to a taxi stand where we hired a car to take us the rest of the way, about a 30 minute drive.

Pushkar is one of the most significant pilgrimage sites for Hindus. Hindus believe that Lord Brahma, the Hindu god of creation, created Pushkar. Despite the significance of Lord Brahma, there are very few temples in the world are dedicated to him, thanks to the Curse of Savitri. The Pushkar temple is, however, the most significant of the Brahma temples and viewed by many as the only legitimate temple. Pushkar is widely considered to be one of the most religious places in the world.

Where Hinduism and The Universe Began

As legend has it, Lord Brahma killed the demon Vajranabha while it was attempting to murder his children. Lord Brahma’s weapon is the lotus flower. Upon striking the demon Vajranabha, three petals of the lotus flower fell to the Earth and created three lakes, including the lake at the center of Pushkar, which would later be visited by Lord Brahma himself. During his visit, he married a consort who was not his wife, Savatri. When Savatri learned of this marriage, she cursed Lord Brahma such that he would never be worshiped except for in Pushkar. It is because of this act that the Pushkar temple is considered to be the only temple that can be or should be dedicated to Lord Brahma.

The lake which Lord Brahma’s lotus flower petals formed in Pushkar is the other majorly significant site to see in Pushkar. I was told that the name of the lake is “Moon Lake,” but I’ve not been able to find any reference to that name online; most places just call it the “Pushkar Lake.” A dip in this lake is to Hindus of similar significance what a submersion in the Jordan River is to Christians. Swimming here cleanse sins and can cure skin diseases.

Though seeing these significant sites was highly meaningful toward my greater Indian experiences, the real draw that brought us to Pushkar was for a desert camel safari! If you’re ever in the area and seeking an adventure, I highly recommend getting in touch with the folks at Pushkar Desert Safari.

A Night With a Camel Named Romeo

We made our safari trip in December, which is very much in the off-season. Tobi and I were the only customers this weekend, so we got to have a special experience. We met our guides near the Brahma temple and were taken by motorcycle (yikes!) to where the camels were waiting for us. We loaded up and started through the town. We stopped at the Moon Lake and went down to the waterfront where we had Brahmin priests bless us for our journey.

The sun was setting as we ventured away from Pushkar, and we had the most breathtaking desert landscapes changing colors with ever blink right in front of us. We even saw a Gazelle in the wild! I tried to take a lot of pictures of this, but very few of the photos came out thanks to the low light and the bumpy camel ride.

It took us about two hours to reach our destination. Our camping spot was just a patch of sand with tent made of tarps. Inside the tent were two raised platforms we turned into beds with the pads that had been on top of the camel, acting as our saddle. The treatment we received at the camp was epic. Tobi and I huddled around a fire; it was very cold, and the guides (7 of them!) prepared dinner. This food was easily the best thing I ate anywhere in India. After dinner, we went right to sleep, and it is probably the hardest I have ever slept. I was exhausted. The desert air was so pure, but has it’s own smell which was new to me. It was a great atmosphere for rest.

The Desert Sunrise and a Camel’s Love Life

I woke at morning’s first light, and the guides already had ginger tea hot and ready. We had a quick breakfast and then started to head back to Pushkar. My camel, Romeo, behaved pretty well the day before but on the way back to Pushkar we had a hard time controlling him. Apparently there were several turns we could have made (but didn’t) which would have taken him to his girlfriend. He was not happy about not getting to see her. Camels are much taller than horses, and I was pretty scared of getting thrown off. My guide was confident that we wouldn’t get bucked, but I am still impressed that we didn’t! In the end, we prevailed over Romeo and got safely back to Pushkar.

Once back in Pushkar, we had to move quickly to make our bus back to Jaipur. Our bus departed from Ajmer and to get back there we had to haggle with a driver pretty hard. He only agreed to take us after we decided to walk away, which is a great negotiating tactic, but he decided to drive us to Ajmer on a back road that seemed very much in the wrong direction and Google Maps seemed to confirm that we were just being taken out into the desert. This was a pretty scary moment trying to figure out if we were being kidnapped, but in the end, the road we were on took us exactly where we were trying to go and the driver was a pleasure to ride with. But you never know…

All in all, this trip was one for the ages. Here are a few photos. 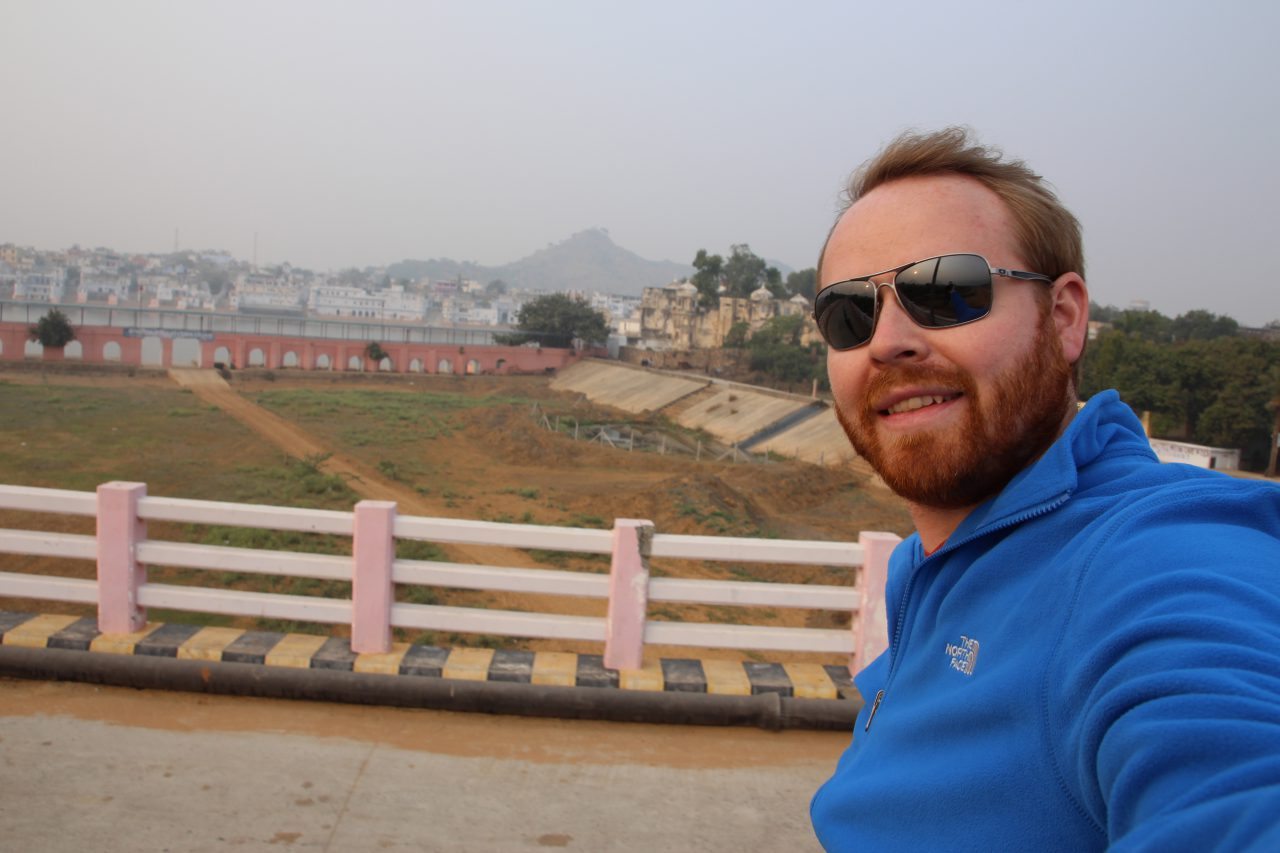 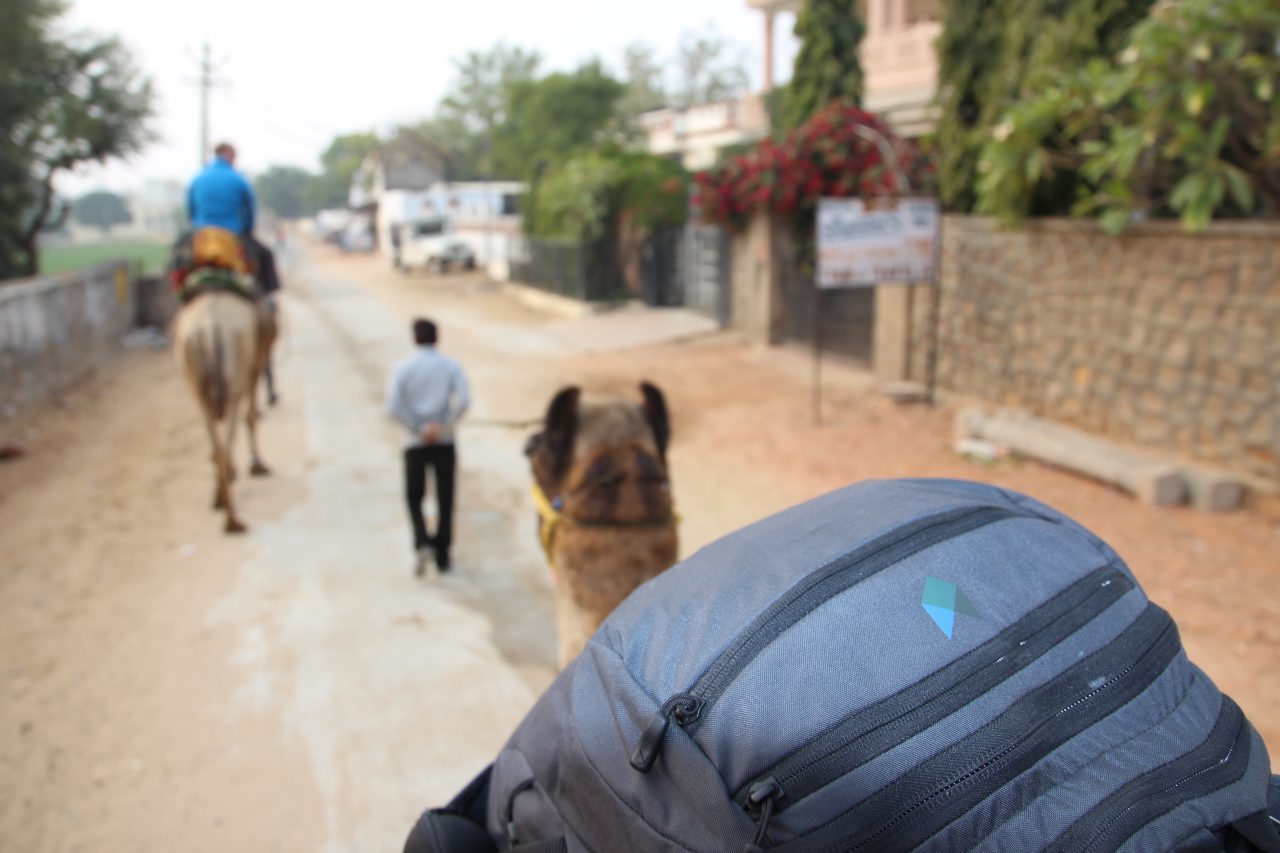 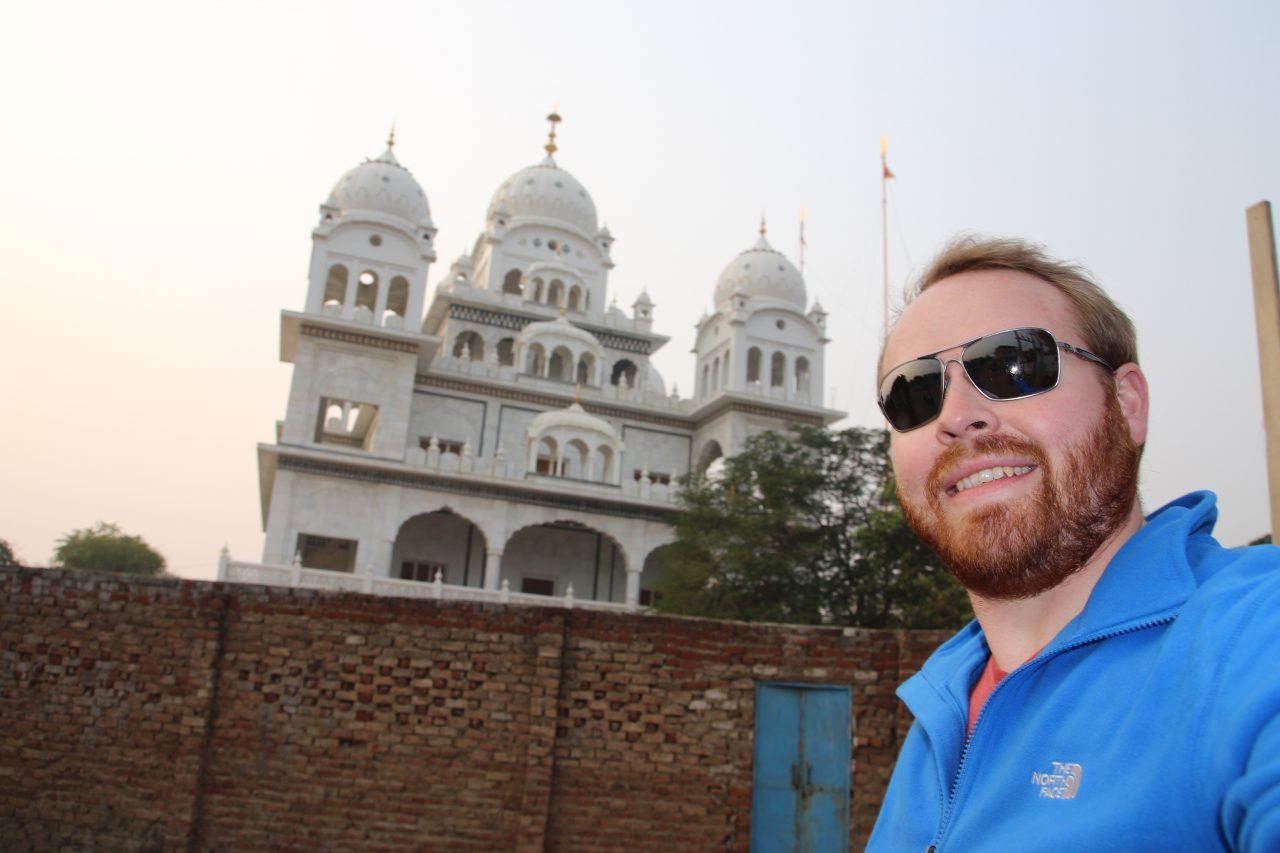 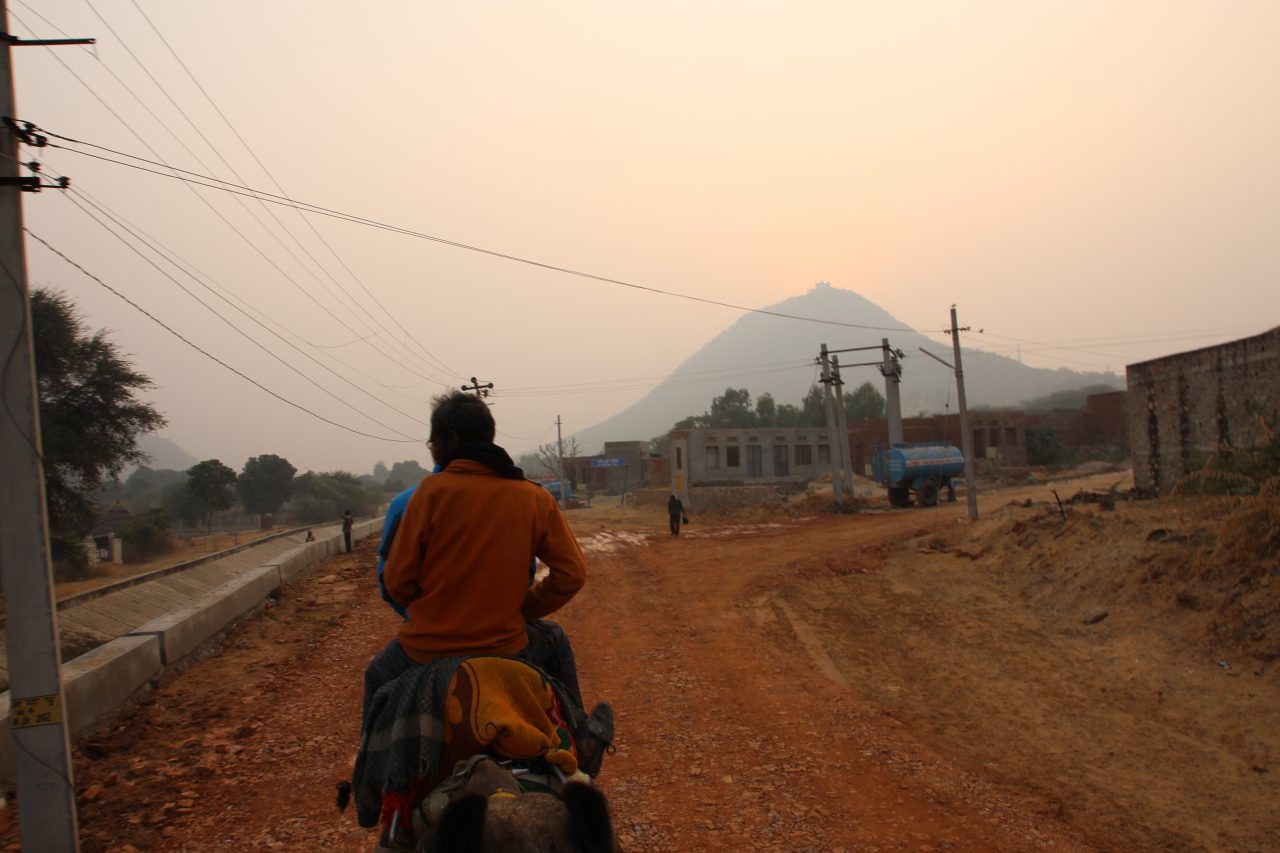 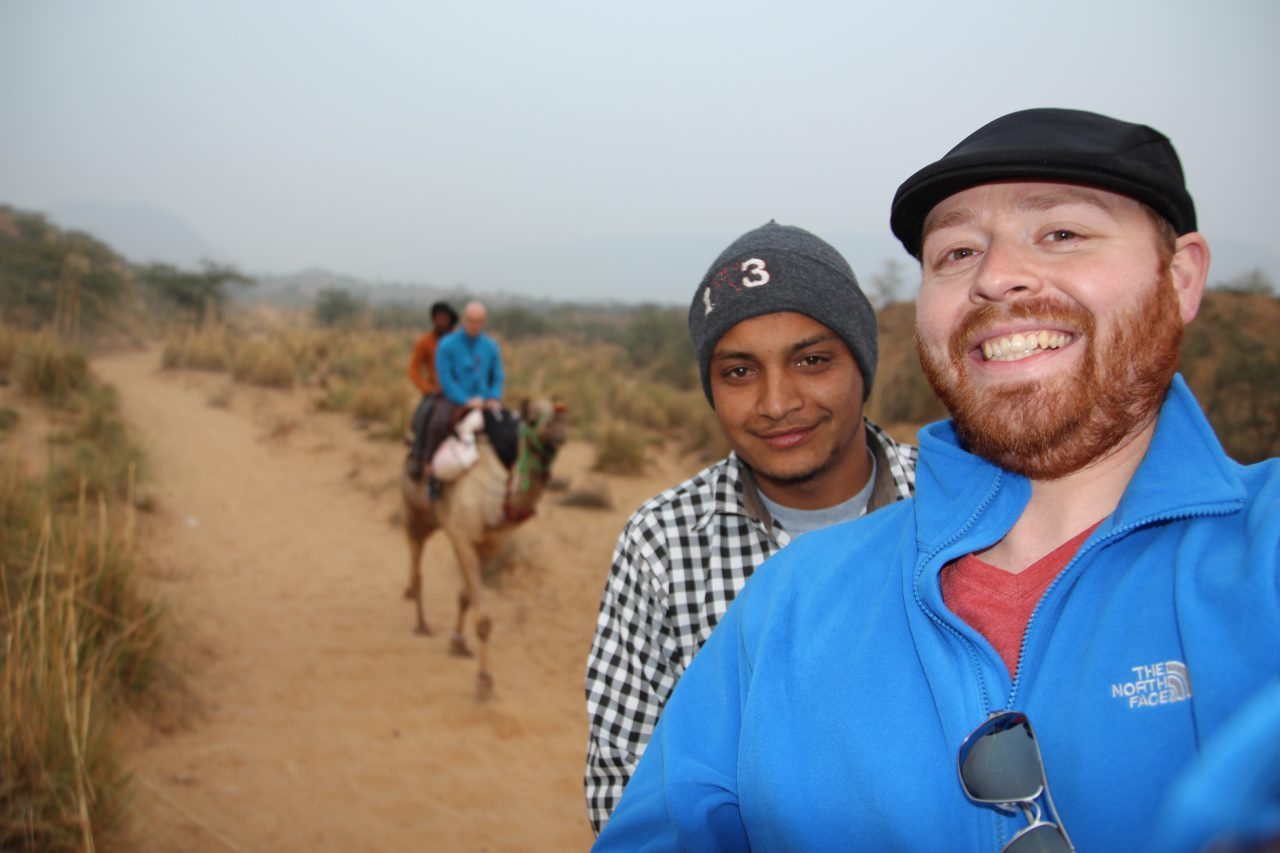 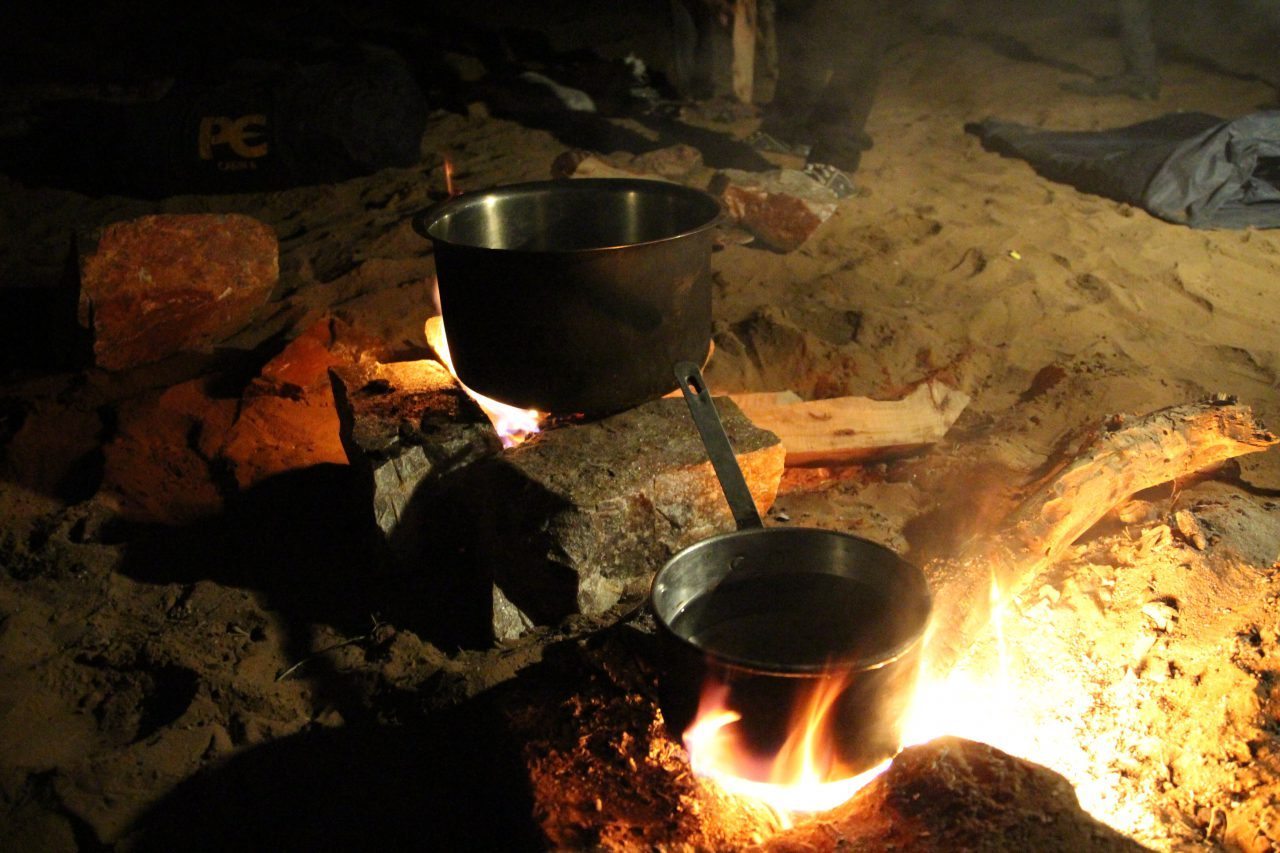 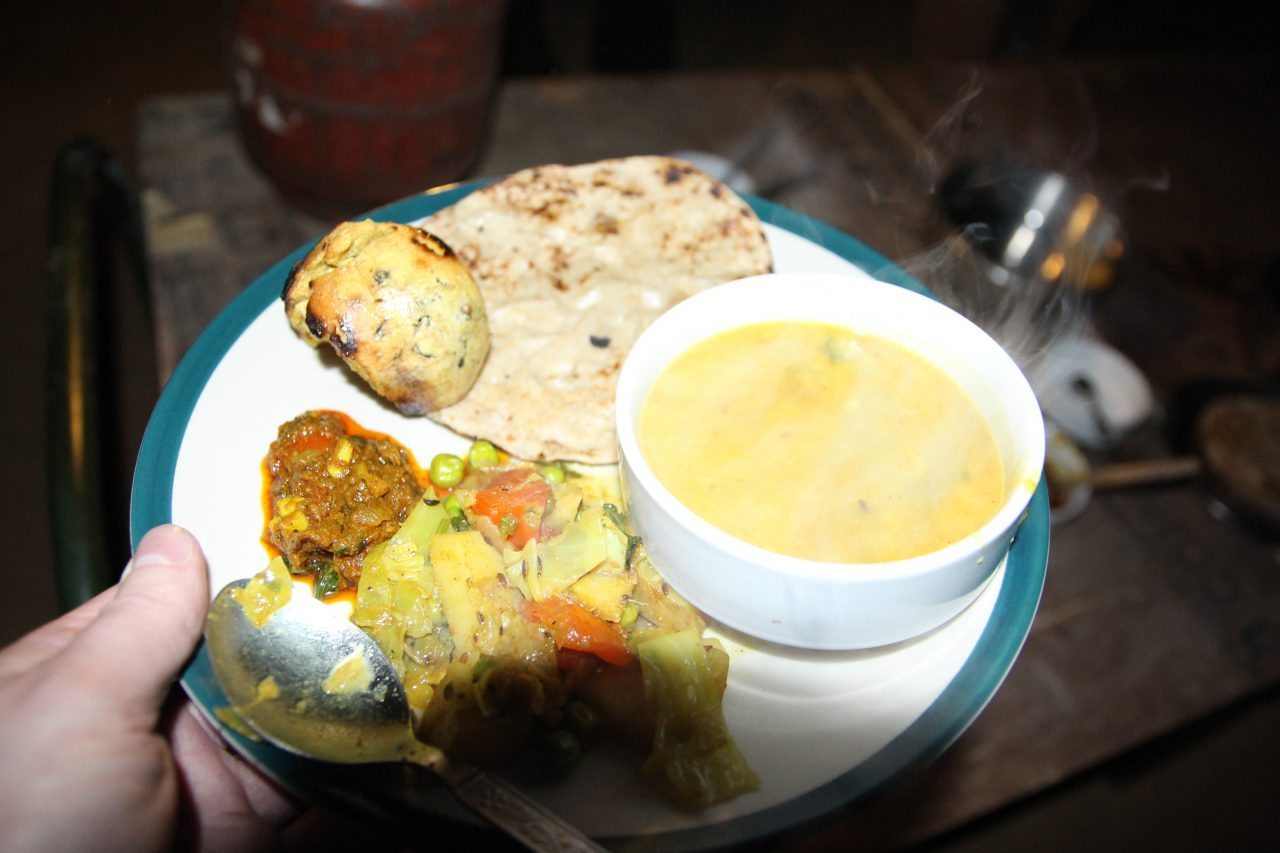 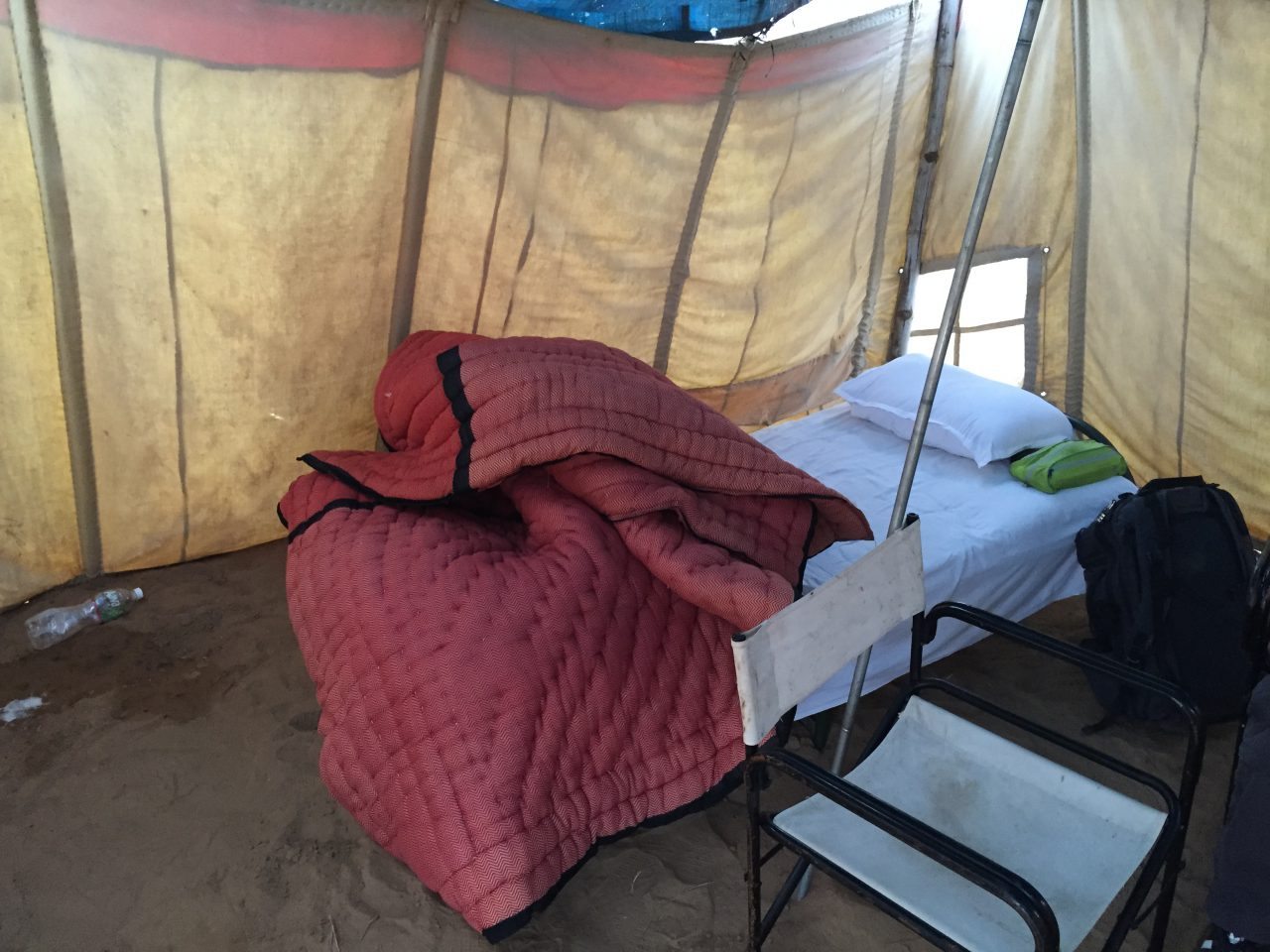 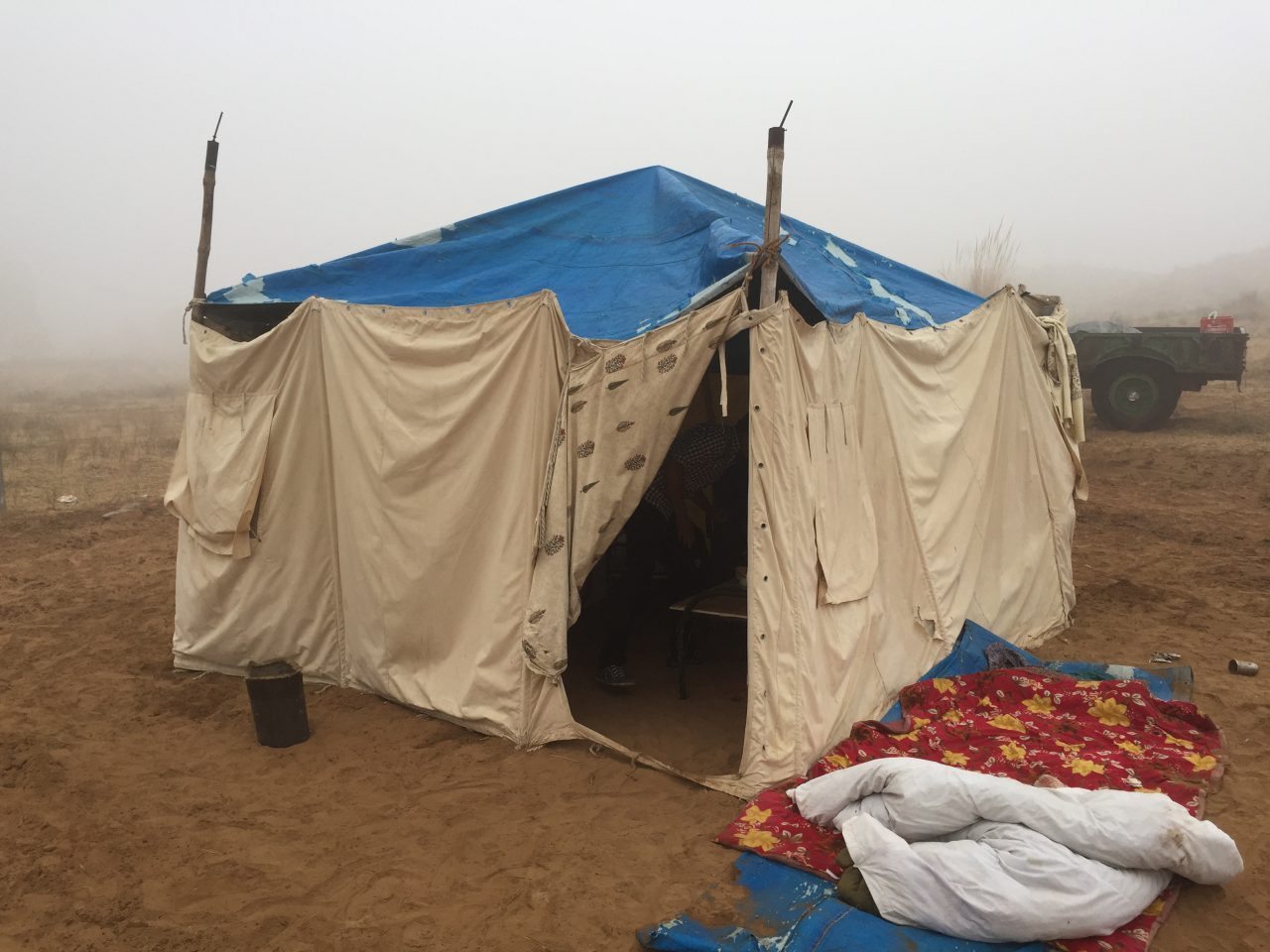 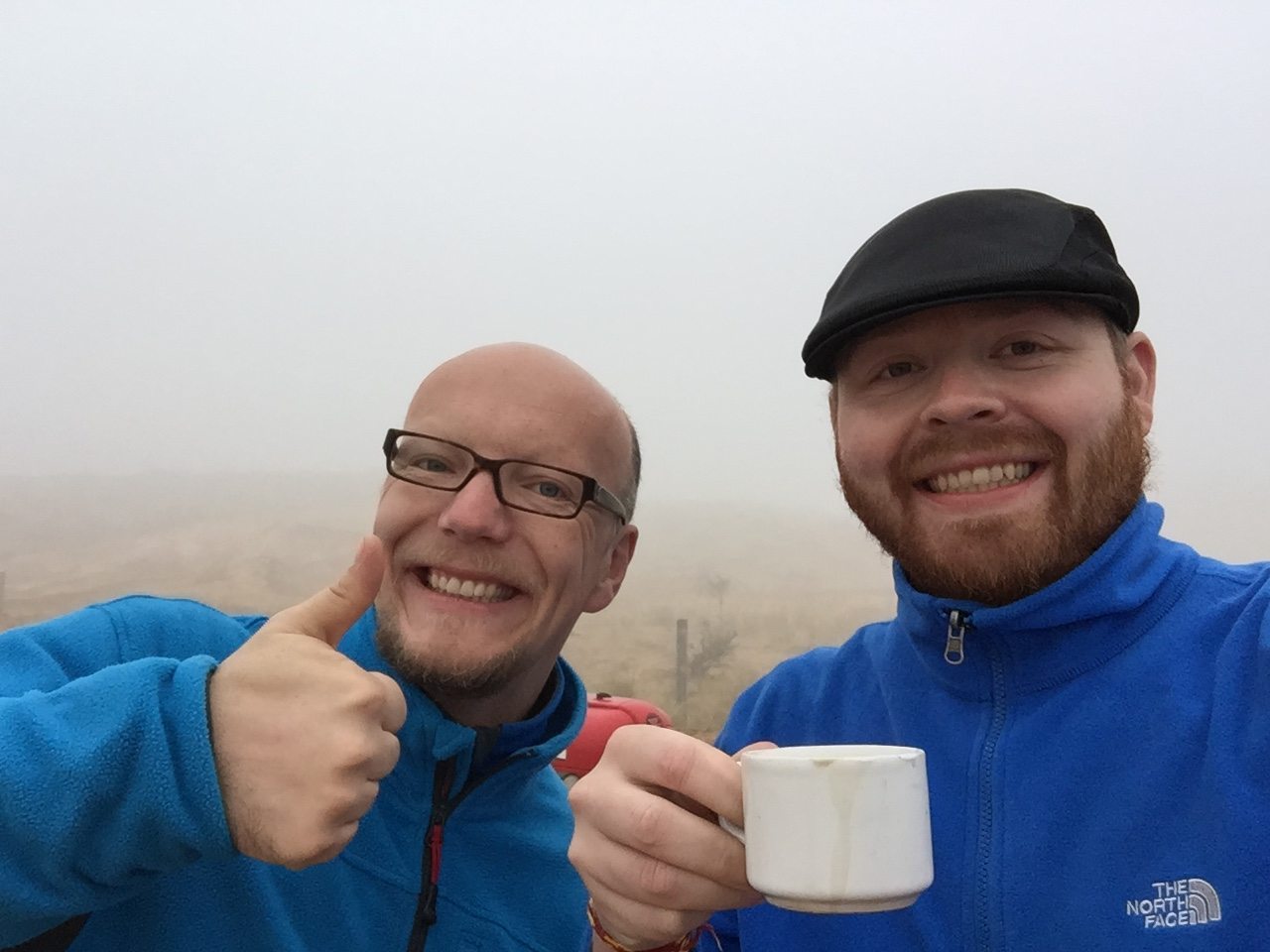 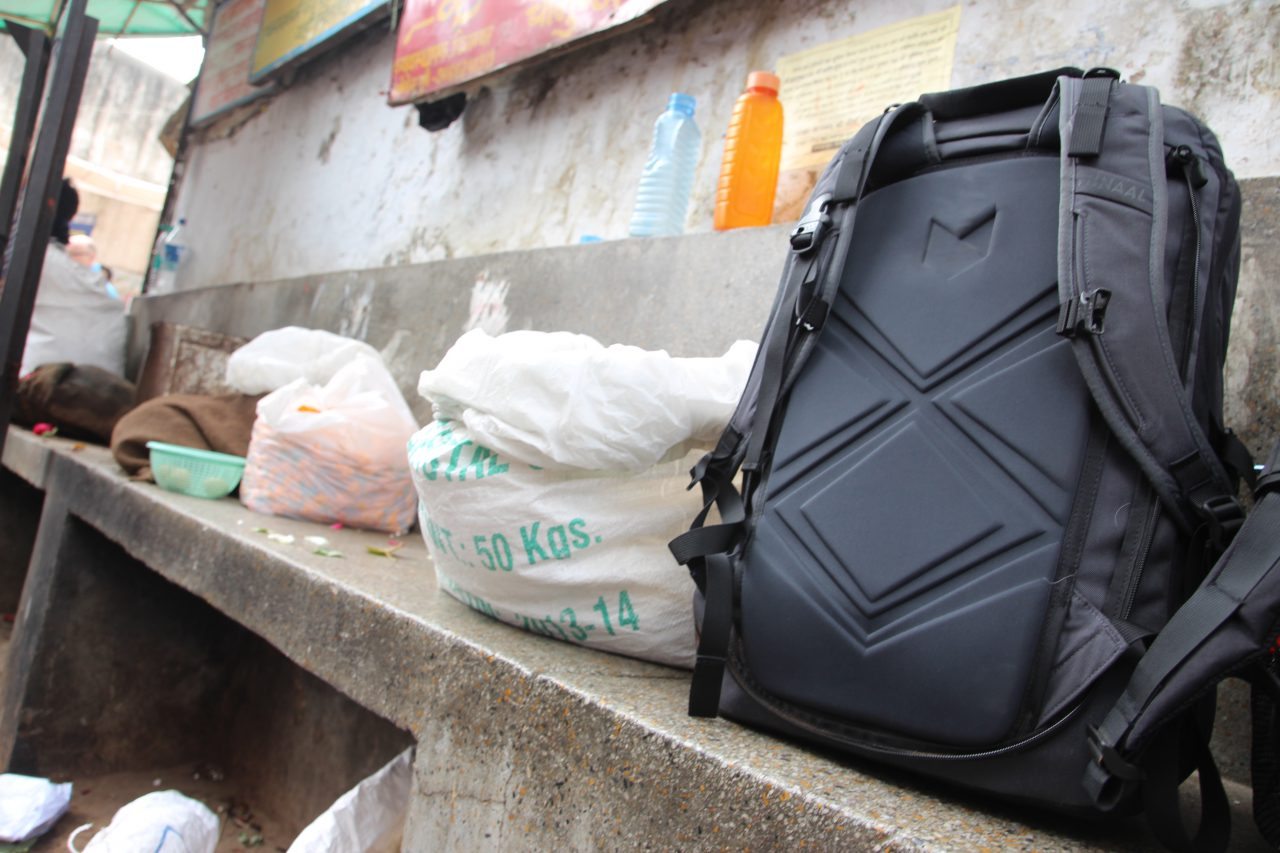