Three ways travel changed my life when I was young

My father tells of a romantic encounter from his youth while traveling in the Caribbean Islands, which forever changed his life.

I am thrilled to have my father, Bob Moore, be the first guest author on my blog. The following is an account of how travel changed his life at an early age. Maybe this is where I got it from? It’s a beautiful story, with a great lesson for each of us. I hope you enjoy it and that you will leave a comment below. You can also reach me directly at @judsonlmoore.

When I was 21 years old, I had an opportunity to spend ten weeks doing service work on a Caribbean island. It was a genuine island paradise, with wonderful beaches, rain forest mountains, and exotic people. Having been raised in the United States’ rural South, I had traveled little and never internationally.

Over the weeks I worked there, my eyes opened to a new reality. I spent most of my time in remote, rural villages. I slowly became able to see, for the first time, how culture and social structure determined the life chances of the people who lived there.

The effect was profound. When I came to the island, I was majoring in the hard sciences and mathematics. When I left, I was determined to study as much anthropology and sociology as I could manage. Thus I crammed a four-year education into five years. I entered a career where I would teach and conduct research on how to change culture and social structure to improve the life chances for poor and marginalized people in my own country. The cross-cultural experience continues to inform my thoughts and values to this day.

As a son of the rural South, I was raised to be a racist. By the time I was in the eighth grade, I was getting an inkling that this was wrong. By the time I entered college, I was committed to purging myself of racist thinking. My feelings were another matter. The place I grew up was as segregated as ever. I had almost no experience with black people, no black friends.

A young woman named Percilyn changed that. She was a beauty of mixed race, my age, single. I walked her home from church on a romantic tropical evening. With her mother’s permission, we sat on the porch swing and talked. She smelled wonderful. I touched her “kinky” hair and found it incredibly, unexpectedly soft. We kissed.

That kiss broke the log jam that prevented my feelings from keeping up with my thoughts about race. I was freed to admire and celebrate people who were not like me. For that, I have been forever afterward grateful to Percilyn and have never forgotten her. I was in her small town for only ten days. Our “romance” included a friendship, conversation, a walk in the tropical moonlight, and one kiss. And that has made all the difference.

The kiss with Percilyn notwithstanding, I had left a girl behind in the States. We corresponded continuously. We had had a wonderful teen courtship for six years; nobody died, and nobody got pregnant. By our community standards, that was a successful romance. I loved her and expected to marry her when we completed college.

When I returned to the USA, I experienced reverse culture shock. It was as though my home was now an exotic country. I was very happy to be reunited with my love, and we spent many hours catching up on our respective summer adventures. However, as the months passed, an unwanted and unexpected unease began to force itself into my consciousness. I was no longer the boy she had fallen in love with in our early teens. I intuited that she was becoming aware of this, too. Early the next year, we tearfully broke up, each with a bruised if not broken heart.

The happy ending is that both of us had met and married two wonderful people within three years and before long were producing children of our own. Not to each other, our marriages have been richer, more satisfying than either of us could have imagined as teens. I’m very happy for both of us.

Travel can change your life as it changed mine. I’m glad I did it while I was young. 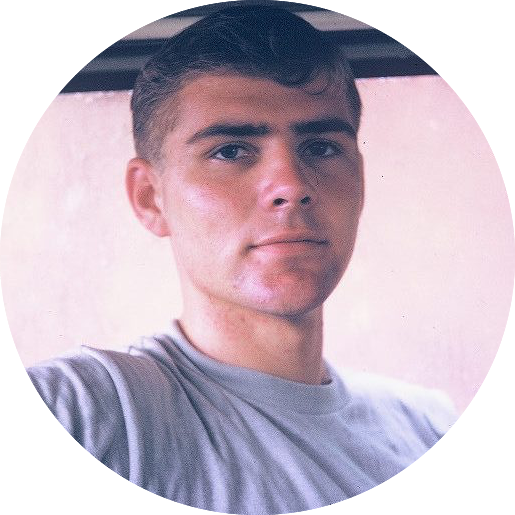 Bob Moore is a retired sociologist living in Bryan, Texas. A graduate of Louisiana State University with a doctorate from the University of Kentucky, his has been author or co-author of hundreds of peer-reviewed medical studies. He is the smartest person Judson Moore has ever met, and coincidentally, Bob is Judson's father.