What happened when I traveled alone in Beijing

Returned Peace Corps Volunteer and author of the Propitious Panda blog and the new book "It Depends" shares a tale of solo travel in Beijing.

Breaking Through the Fear of Travel

I sat on a bench just at the end of the thick stone bridge overlooking the icy, white Houhai Lake. The day was bright. Even brighter with the hazy sky against it. The iced lake looked like a thick layer of clouds and I was at the edge of a cliff. Just to the left of me was a line of trees hugging the edge I imagined I was on. The famous Marble Boat of Beijing’s Summer Palace was docked just near the edge of the bridge, anchored in by the thick ice.

Just a year before, I added this place, this moment, to a long list of things I wanted to see during my Peace Corps service in China. A year before, I didn’t realize I would be traveling solo in China, let alone making this trip and seeing this place for the first time, and I would be doing it solo.

Sitting on that bench, looking at the Marble Boat on the ice lake in February, I felt invincible, like I could travel anywhere. I wondered why I had been so scared of this feeling and convinced myself for so long that I couldn’t see the places I wanted to. On that bench, I wrote in my journal for several minutes to take it all in.

“It’s so easy to keep exploring and going to the places you’ve only dreamt of seeing. After the first initial time making the decision to adventure, each time after is a no brainer. You just do it. No questions. No doubts. It’s so easy after you stop talking about it and instead go do it.” -February, 2nd, 2015

Seeing the Marble Boat at the Summer Palace

Just a few days before that moment I took sitting beside the Marble Boat, I arrived in Beijing. I had a lump in my throat, nauseous at the idea of traveling by myself. I wanted the comfort of someone beside me; anyone. I had never traveled alone before. I had always traveled to destinations where someone was waiting on the other end. I was traveling alone and there is something so frightening and yet so freeing about that feeling.

I had zero cell service since my SIM card only worked in my home province. I navigated my way to the hostel I was staying in, struggling to communicate with cab drivers and locals using the six months of Mandarin I had in my language arsenal.

I reached my hostel very late that night. It was tucked in what seemed like the darkest of Hutong Alleys. I signed in at the front desk, peering around the dimly lit common area. I remember thinking it looked like I had walked into a really bad part of town. But in the daylight, the décor was a variety of mismatched tapestries, pillows, blankets, bookcases full of books, and an enormous skylight to let the day in. The woman set me up with my room and told me where to go.

When I entered the hostel, all the beds were occupied by sleeping women. I did my best to be quiet, undressing in the dark, adding extra socks, sweaters, and pants to stay warm and climbed into the top bunk. I fell asleep immediately. The next day would be my first full day in Beijing.

The Great Wall of China, Badaling, South Wall in Beijing

The next day I spent navigating around the gargantuan metropolis of Beijing. For 6 months, I lived and served in Chongqing City, located in the southern part of China. Chongqing City’s population is 11 million, a number I couldn’t even fathom. But Beijing one-upped Chongqing in size. I couldn’t even comprehend the mass of the city or the area of land it covered.

My first trip of that day was to the Great Wall of China (of course), the Badaling South wall at the 4th Tower. I purchased my ticket at Beijing North Railway station, hopped aboard the train, and traveled two hours to the see the Great Wall.

Once I stepped off, I followed the masses to the wall of stone that many in this world don’t get to see. I stopped before it and just stared. Sure, it was the Great Wall. What’s the big deal? Lots of people have seen it. It’s a tourist attraction. But to me, it was more than that. It was the realization that everything I had manifested about travel as a child was finally coming to be.

I continued to the stone steps that would lead me up onto the wall and then headed south. The south part of the wall was steep, too steep for the average Chinese women in dresses and heels, although you would be surprised. I walked up for as far as I could, peering over the walls at the dead land covered by a winter chill. I was sure this place looked incredible in the summer months when the land was lush.

I stood on that wall, for as a long as I could, touching the stone to keep the memory real. When I felt my lingering was overdone, I walked back down to the entrance toward the train that would take me back into the city.

The Train Ride Back to Beijing

I bought my return ticket and waited in the terminal for the next train, silently eating snacks I brought with me. Moments later, a group of soft-spoken and thin young men with bowl cuts approached me. They rattled off Chinese to me at a rate I couldn’t comprehend. I replied in Chinese with one of the words I knew, “What?” One of the young men paused for a moment and then spoke in English. It was broken, but I got the message.

“My friends took picture of you?” He said. I smiled and said yes. The young man sat down next to me so his friends could take the picture. They told me ‘thank you’ and returned to their seats in the terminal. When it was time to line up and board the train, the young man approached me with slight hesitation once again. When I caught his eye, he moved closer and without saying a word presented me with a small gift.

It was a carved wooden doll that resembled a nesting doll. It’s smiling face and body was hand painted with greens, reds, and blacks. There was a red thread loop attached at the top and a red tassel attached at the bottom. I declined this gift (a polite gesture to show gratitude) and he insisted I keep it. His cheeks were a bright red as I accepted the gift and told him ‘thank you.’

It was quite possibly the only thing this boy had to give me. And while it may not have been worth much when he bought it, it was worth a fortune to me. It was moments like this that brought me to China in the first place. I wanted to see places, experience the world, connect with people and make a lasting impact on at least one person. Down the road, I would impact many. 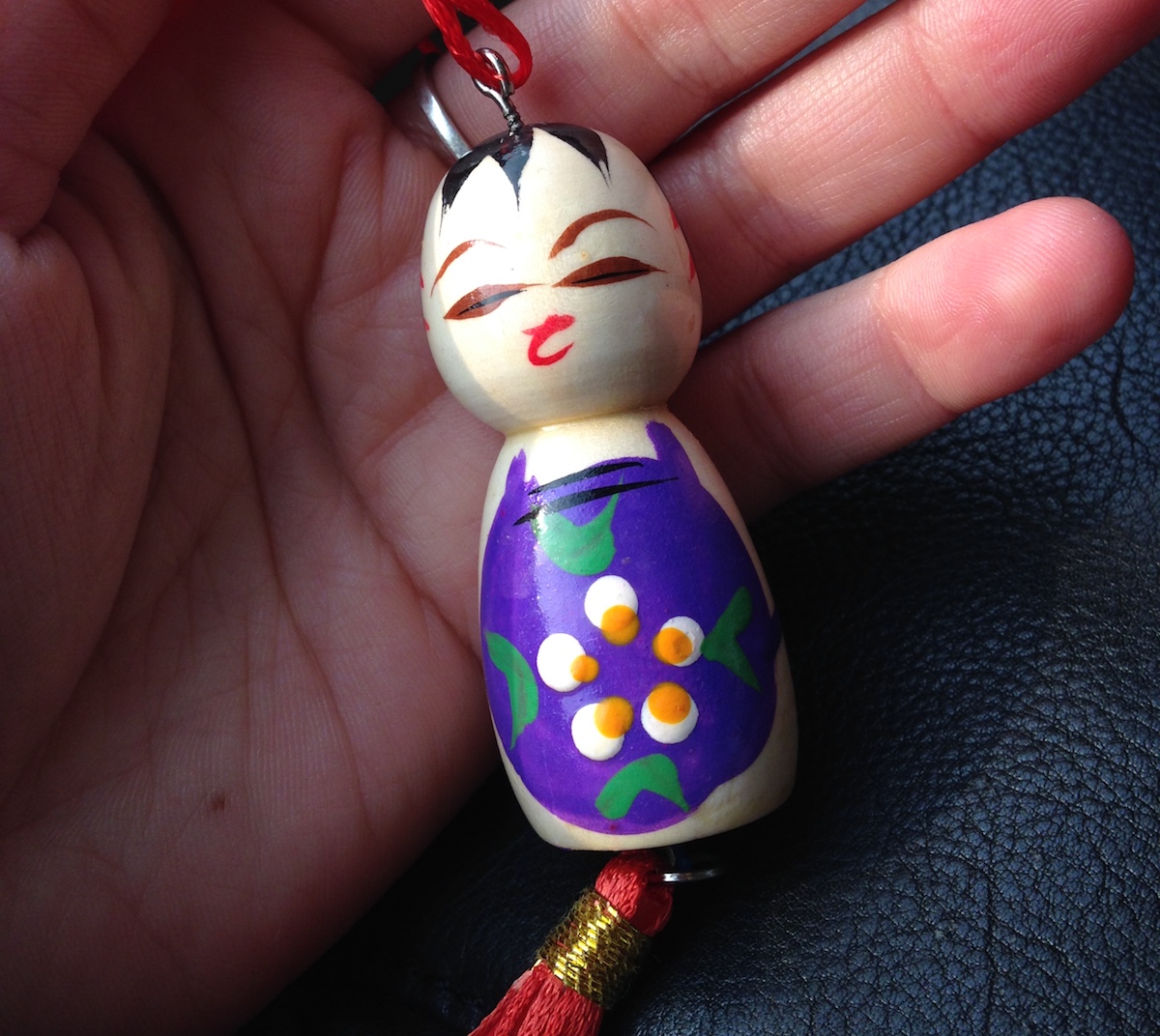 Communicating gratitude and love without words was one of the greatest things I learned. And it was that solo trip that led me to the addiction of solo travel and my desire to meet people, see the greatness of it, and discover more of myself.

After Beijing, there wasn’t a place in the country I was afraid to travel to.

I’ve been home from Peace Corps for over a year and my track record of brave travel has taken me to places I never imagined, like impromptu trips to Bangkok, Thailand where I met and danced with New Yorkers traveling through Asia. I finally got to eat authentic Pad Thai, which is very similar to how my mother cooks it. I recently traveled alone to Page, Arizona for a solo camping trip and kayaking tour in Antelope Canyon. Even there I had no cell service, which led to a laughable moment of me reminiscing about my past.

People thought I was crazy, for traveling alone. They say they could never go without having someone with them. Others applaud me for having the bravery to solo travel. It’s freeing, meditative, and it’s a good way to know yourself and see what you’re made of.

What I learned from solo travel, was that I could be quiet enough with myself and take moments to understand who I was and what path I wanted to take next. My bravery to solo travel was there within me, but it never truly came out until I faced my incredibly solo life as Peace Corps Volunteer in China, which was terrifying. All the more reason to do it. And it was from that that I vowed to encourage people to do the same and connect with their true selves.

What Happens If You Solo Travel?

So what if you solo travel? What if you get to see the Great Wall, dance at Khao San Road, or kayak through red marbled canyons? What if you run into strangers and worldly friendships? What if you find the strength of who you are? What if you discover your true passion and happiness in this world?

Solo travel. It will be good for you. 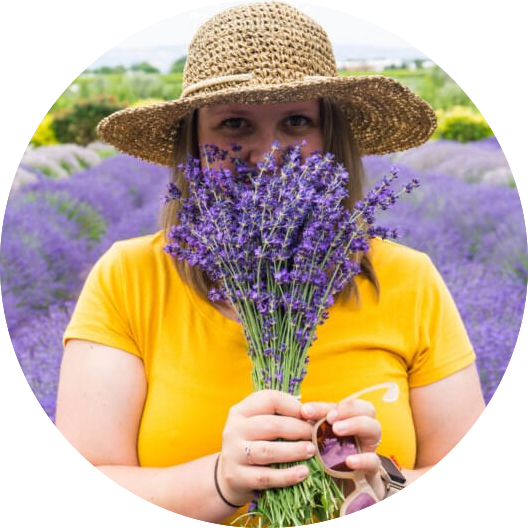 Kelly Branyik is a Returned Peace Corps Volunteer who served from 2014-2016 in Chongqing, China. She currently resides in Colorado Springs where she works as a TV and Radio commercial scriptwriter for a local advertising agency. Kelly is a published author of the book, "It Depends - A Guide to Peace Corps.” She still shares her stories of Peace Corps on her blog, Propitious Panda in hopes to inspire people to take the journey.