January 7th is the date of Orthodox Christmas. For a long and detailed explanation of why this differs from the western-celebrated December 25th Christmas you can refer to this article on Wikipedia. My friend Dimity instructed me to the time and place where the Orthodox observance of Christmas could be witnessed in Bishkek and I wrangled up about 15 other foreign friends and we went to the Bishkek Orthodox Cathedral together at 8pm to take it all in.

While we waited we took in the vast collection of artwork and relics in the church. I also took some time to light a few prayer candles and send up some wishes to a few folks. I lit a candle from my mom, dad, Dezmond Meeks and Alice Suzanne Harrington (newborn daughter of my friends Eddie and Emily Harrington). And yes Dezmond, I put yours on the highest place of the most elaborate and jewel-adorned place available!

As the main event was about to get started, we stood in two rows outside in the cold waiting for this bishop to walk from another part of the church compound into the main church, blessing us along the way. While standing in line I met a Russian guy named Eugene who spoke quite good English and was well-versed in everything that was going on. He was kind enough to stay with us for the duration of the event and explain what was going on. He also gave us the expectation that this would last not less than five hours. Of course this makes me quite appreciative for the maximum-1-hour church services where we get to sit in America!

I only lasted about 2 hours into the service when I decided I had seen enough and was falling asleep standing up. During this time there was mostly the reciting of names of disciples and saints, lots of prayers and lots of bowing. As I was leaving the Bishop was calling for the bread and wine to be brought out for communion. The process to bless and prepare the wine and bread would take about an hour. At which time people could begin to take communion.

The whole experience was fantastic and though I wish I had the strength to stay all night I am happy to have seen what I did. Thanks to my new-found friend Eugene I am sure to revisit the church soon and get a better idea of how Russian Orthodox followers practice their faith.

Here are some fantastic photos of the Cathedral. I took the first two inside during the midnight mass but it was a little difficult to appropriately take photos. So I found some other ones on the internet. 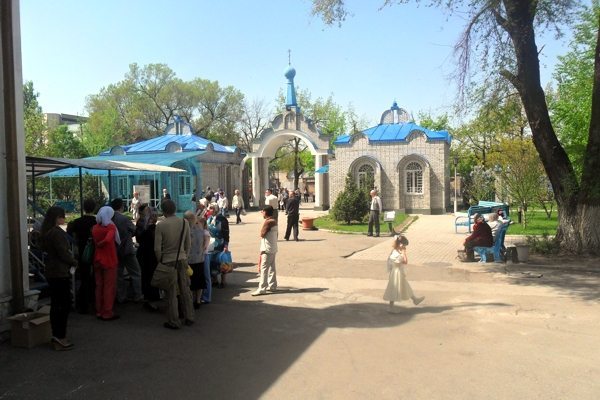 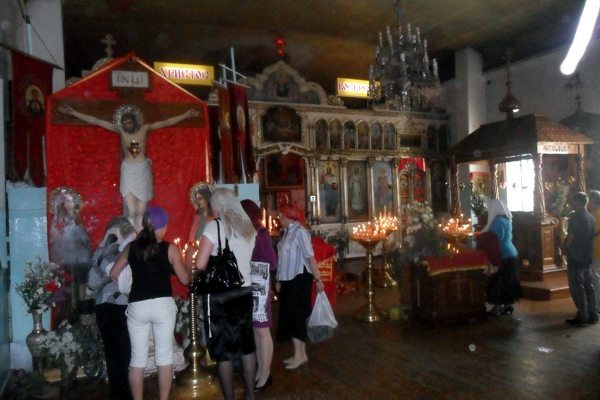 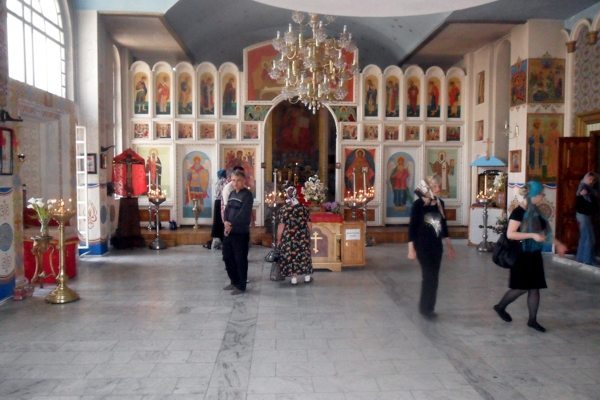 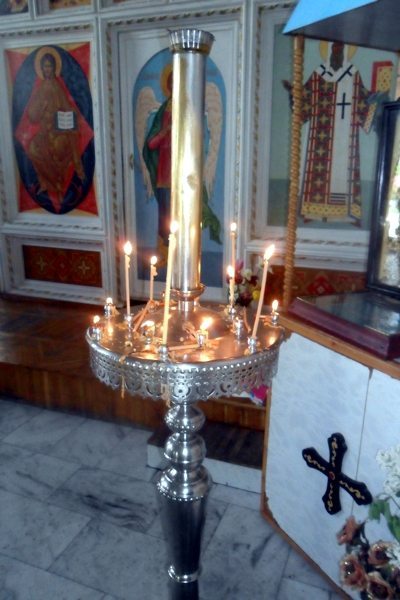 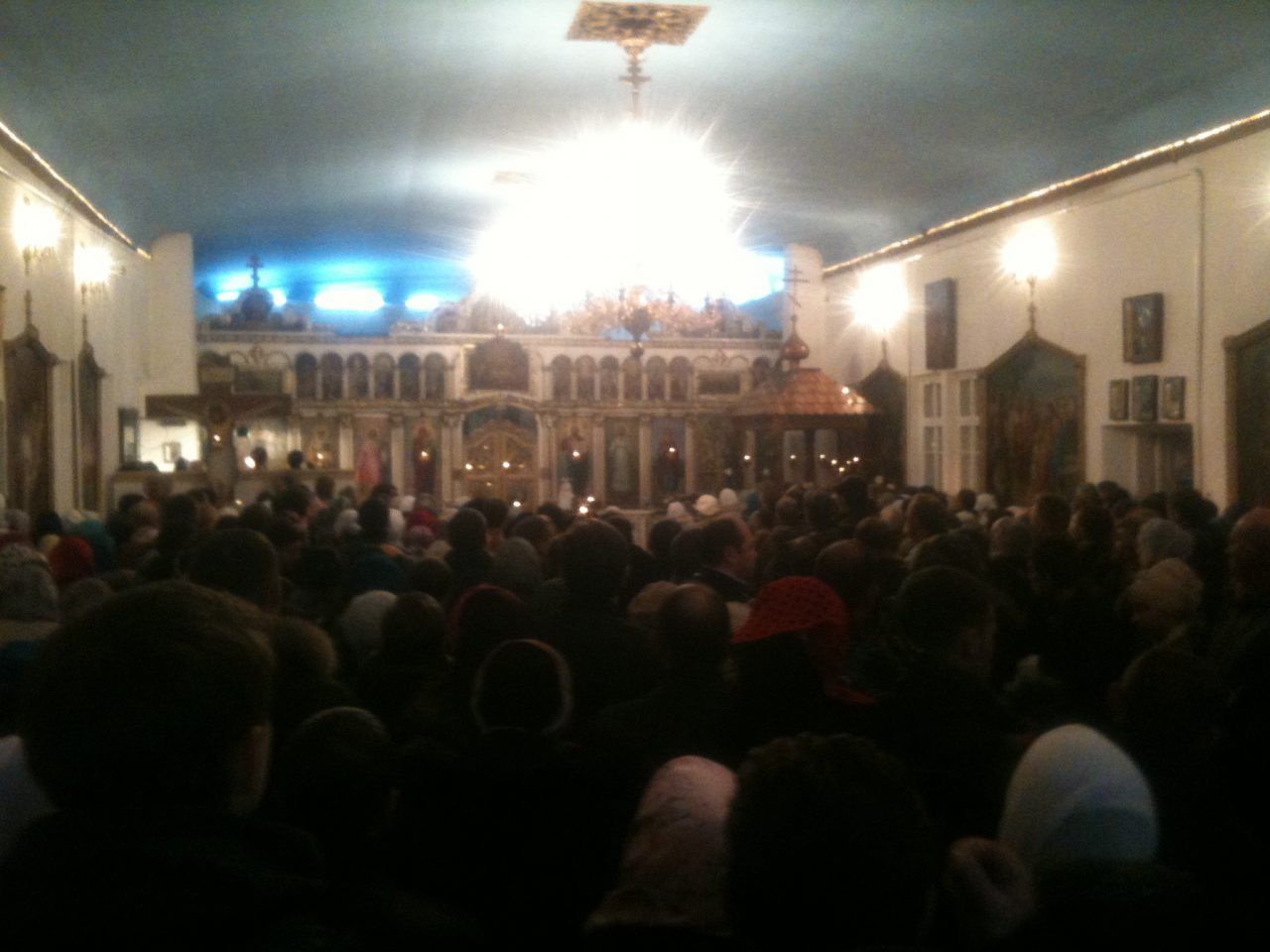 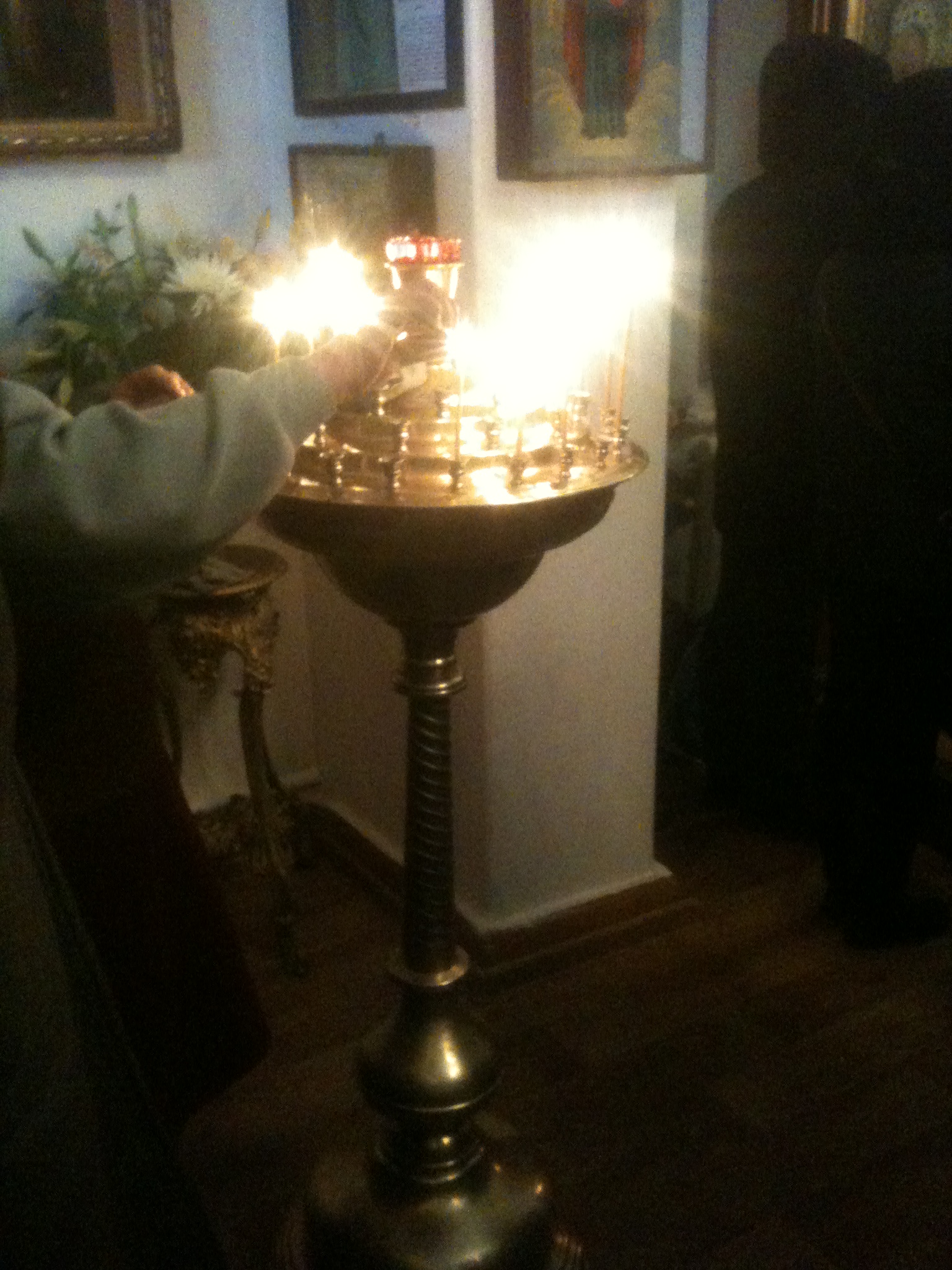 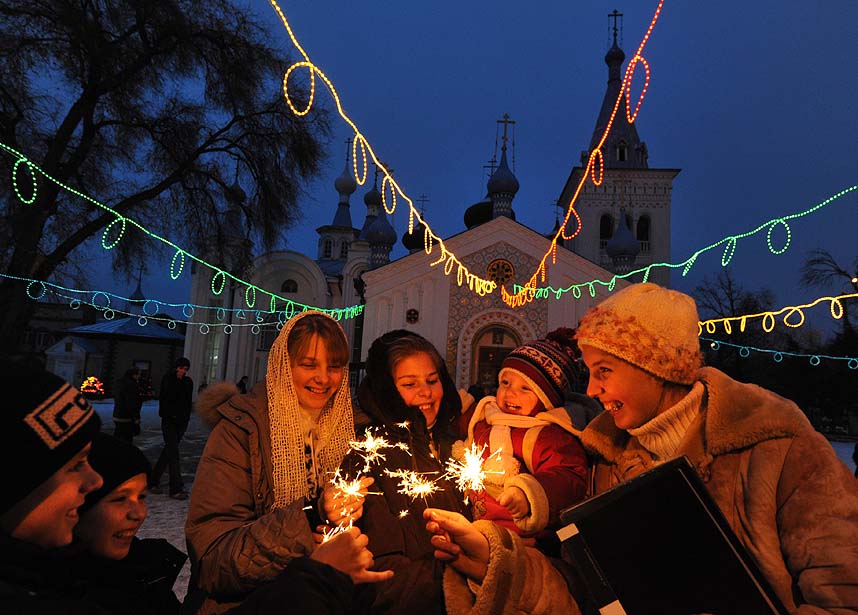 Here is a great video I found on YouTube of nice panoramic shots of the inside and outside of the cathedral. The inside is much different than what we expect in the west.